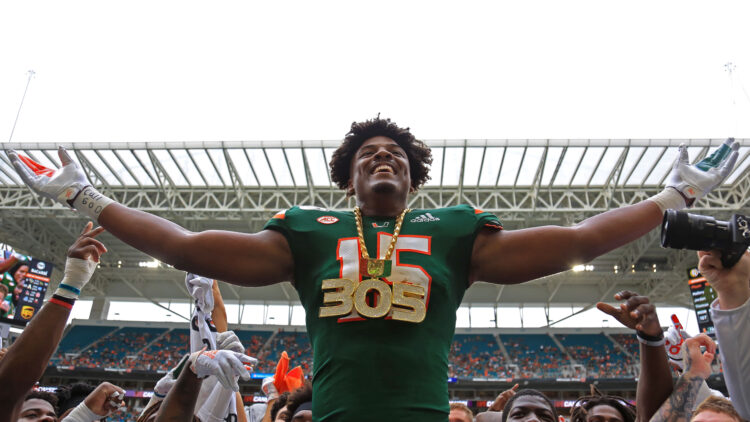 The Bills desperately needed some pass rush for their defense, and they managed to find two talented EDGE players. Gregory Rousseau and Carlos Basham Jr. have bigtime potential but are talented in very different ways.

In my immediate round-by-round grade, I called them Buffalo’s yin and yang. Rousseau thrives off his athleticism, but he is extremely raw as a pass rusher with only one year of starting. Basham on the other hand is methodical and surgical with his technique. As a four-year starter at Wake Forest, he mastered his craft to make up for less athleticism.

Buffalo also found solid depth along the offensive line on days two and three. Spencer Brown is absolutely massive and explodes off the line of scrimmage. As a tackle though, he needs to become better with his lateral movement to increase his blocking range. All that said, his combination of size and explosiveness at 6’8” is rare as an o-lineman.

As rare as Brown is, the Bills may have found an equally impressive player in Tommy Doyle. Also standing at 6’8”, Doyle is not quite as explosive off the line, but he seems to be much more developed in his blocking. His feet are quick, and he is patient in pass blocking while also being competent in the second level of blocks. We may see both Brown and Doyle starting at tackle for the Bills in the next couple years.

The Buffalo Bills went all in on the trenches in this draft, which is exactly what they needed to do. A running back would have been nice alongside Devin Singletary, but it wasn’t imperative. With an exciting pass rushing duo, the Bills will be set to put a ton of pressure on the very young quarterbacks of the AFC East, and they will be much more equipped to protect their own due to a couple unicorns at tackle.