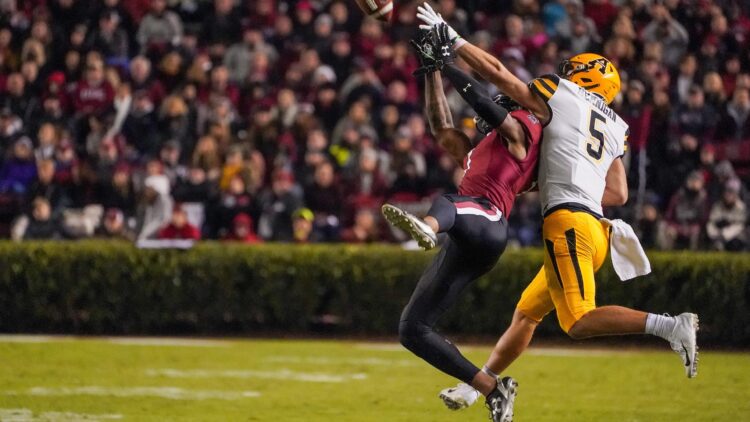 The Panthers are going to be a very different team in 2021. Christian McCaffrey is returning to full health, they have a new quarterback in Sam Darnold, and most recently, they brought in some young talent for their secondary by drafting Jaycee Horn with the eighth overall pick.

Horn is the son of the four-time Pro Bowl wide receiver Joe Horn, and he shows a lot of the same athleticism that his father touted on the field. His length is incredible at 6’1 as well, which will give opposing wide receivers difficulties as they try to find open space. He also has experience all over the field. Horn was primarily a slot corner in 20218 before moving outside for the 2019 and 2020 seasons.

Carolina also added two of my favorite offensive players in this draft. Terrace Marshall Jr. is very underrated as a wide receiver, essentially being dubbed ‘the other guy’ on 2019’s historic offense. In 2020 he showed he can be ‘the guy’ with Justin Jefferson departing for the NFL and Jamarr Chase opting out. Marshall explodes into his routes, and he has great size to be an WR1 in the NFL. The negatives come with the occasional lackadaisical play, but that came more in 2019 than it did in 2020.

At offensive tackle, the Panthers also added a massive talent in Brady Christensen. You’ve all heard by now that Christensen anchored an o-line for the BYU Cougars that was historically great in terms of pressure rate. I think this is a very big reason for Zach Wilson’s emergence in 2020 that ultimately landed him with the Jets as the second overall pick. Christensen’s athleticism has proven to be viable for the NFL after an incredible showing at his pro day.

The Panthers potentially found a day one starter out of the fourth round as well. Deonte Brown was a guard at Alabama, and at 364 pounds, well, he is a bulldozer in run blocking schemes. Additionally, he proved to be very comfortable in pass protection. It’s honestly a shock to me that he fell this far in the draft. He is a very experienced player, with 24 starts in his collegiate career. The only thing that makes sense is the fact that he is a guard-only prospect. Brown has never played any other position, and is not nearly mobile enough to be a tackle.

The Panthers found highly touted talent in the first round in Horn as well as massive upside later in the draft. Marshall, Christensen, and Brown could all find themselves in the starting lineup early in the 2021 season. You could knock the Horn pick by saying Patrick Surtain II is more talented, which may be the case, but it’s a nitpick at this point and time. The two are far above the rest of this CB class, and you can’t go wrong with either one.