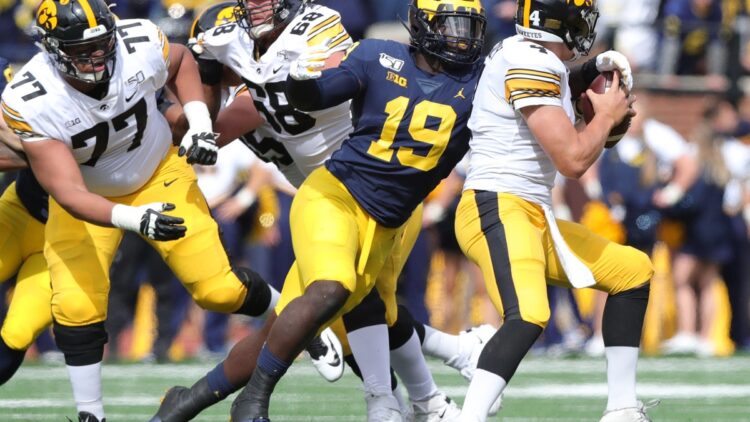 The Colts have been in a QB carousel ever since Andrew Luck’s retirement. This year is no different with Philip Rivers’ retirement and the trade for Carson Wentz. There is certainly a chance for Wentz to revive his career there and combined with Jonathan Taylor’s impressive rookie season, they could create a formidable duo.

This is another very complete team, but they definitely could use some additional help on their defensive front. Indy has yet to re-sign Justin Houston who had eight sacks during the 2020 campaign, and their edge rush is very underwhelming other than his production. DeForest Buckner will cause mayhem from the interior, so young, athletic defensive ends will make for a scary front.

Kwity Paye and Dayo Odeyingbo bring that exact athleticism to the Colts. Both players have the ability to beat opposing tackles to their spots, and they create leverage with their size. The scary thing is their injury history. Odeyingbo may not be ready for the start of the season, and Paye has had a history of being banged up through his collegiate career. They will need to find a way to stay on the field for this to pan out.

Fifth-round pick Shawn Davis has some potential on this defense as well. He is a versatile safety capable of playing both positions and in a number of different coverage schemes. Due to his lack of pure speed, he is probably best suited for zone. However, what he lacks in speed, he makes up for with great coverage instincts. If he can find a way to time his pass defenses better, he will be a solid piece in Indy’s secondary.

I’m leaving plenty of room for growth with this grade. We need to see Odeyingbo and Paye be healthy over the next couple seasons before we can determine how successful this class is. Watch for production from TE Kylen Granson this season as well. He is a very short, undersized tight end, so he probably won’t be used in many blocking schemes. However, Frank Reich will probably find a way to use him in the passing game with his route running skills.