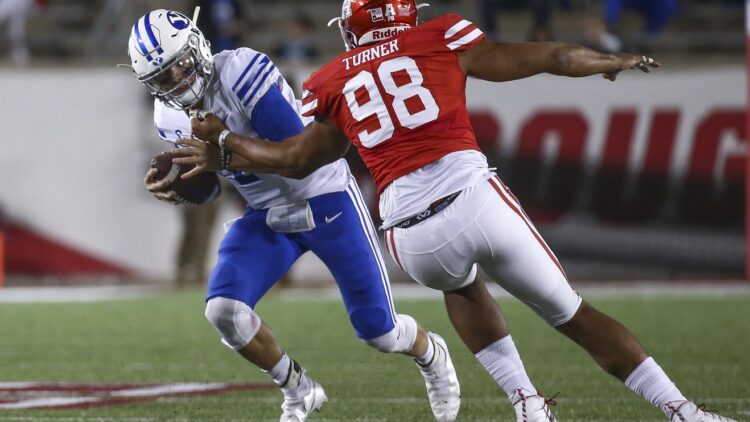 To describe the New Orleans Saints’ draft process as unconventional may be an understatement. The Saints always outlier guys much higher on their draft boards than other teams. Sometimes it works out, but there are certainly other times where it doesn’t. That said, with Drew Brees’ retirement, the Saints have bought themselves time to take chances. There isn’t the pressure to be a Super Bowl contender this season, and this should be seen as a transition year as they try to find their next QB.

Even with that, the first two picks of this draft are way out in left field. Payton Turner is a guy that possibly would have been available at No. 76, and he almost certainly would have been available at No. 60. Adding another pass rusher was certainly a priority after Trey Hendrickson left for Cincinnati. Pete Werner also was a guy projected in the third or fourth round.

That’s not to say either player isn’t worthy of being drafted. They are supremely talented athletes. Turner was a three-year starter at Houston and has fine-tuned his pass-rushing technique. However, he is not fast off the edge and given Sean Payton’s adoration for dynamic athletes, it’s surprising they didn’t go in the direction of Gregory Rousseau here.

As for Werner, this continues a trend of Ohio State players heading to New Orleans. He has the potential to be a three-down block in the future, but for now is probably in a similar role as Zach Baun last year. Werner has a small build, but he makes up for it with intensity and great instincts: two things Payton loves.

Here’s the big issue though. Cornerback and safety were the biggest needs for the Saints, but CB wasn’t addressed until round three. That’s a tough pill to swallow when they could have taken defensive backs like Eric Stokes, Asante Samuel Jr., or Trevon Moehrig.

Paulson Adebo has shown flashes of being a great player though. Following his 2018 season at Stanford, Adebo was penciled in as a future first-rounder. Then after a disappointing 2019 and opt-out in 2020, his stock fell drastically. Adebo is a physical player that is a magnet towards the ball. During 2018, he had a ridiculous 17 PDs in 13 games. If he can get back to that form, he will form a great duo across from Marshon Lattimore.

The Saints are relying on a lot of growth from this class. The grade is low now, but it could go up over the course of 2-3 years if some of these picks pan out. Contrarily, if Adebo flames out and Asante Samuel thrives in LA, this grade could go down even further. Ian Book is a fourth player to watch from this class, though. He was great at Notre Dame and has shades of a more mobile, less accurate version of Drew Brees if he can adapt to the speed of the NFL game.