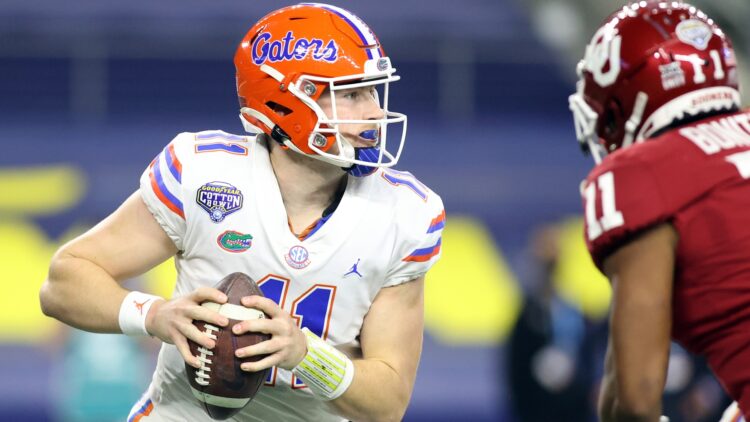 Going into this draft, the Buccaneers had the luxury of having this draft be a C+ or B- while still being successful. They have every starter from their Super Bowl run returning for 2021, and they should be the odds on favorite to make it back to the big game out of the NFC.

The Joe Tryon pick is probably a reach for almost any other team, but Tampa won’t be expecting him to do much. He opted out of 2020 after a great 2019 season with Washington, but the last time we saw him on a football field he needed a lot of physical maturation. He is a bit undersized as an edge rusher, so for at least as a rookie, his potential was probably always limited to a depth pass rusher. That is exactly what Tampa needed, and that is what they got.

The second-round pick of Kyle Trask is obviously intriguing. If Tom Brady ever decides to retire, Trask seems like the choice to replace him at quarterback. It seems like a very good fit. Trask isn’t the most mobile passer, but he does have a great pocket presence about him. Learning from one of the greats in Brady is obviously going to help his development as well.

The rest of this class probably will not be seeing the field much this season, but that is not due to lack of talent. Jaelon Darden is an explosive wide receiver with big play potential. He may see limited time with how deep Tampa’s wide receiver room is, but in the snaps he does get, he could still have an impact. He is reportedly already impressing much of the Bucs’ coaching staff, so his role may end up growing as the year progresses.

Again, this draft doesn’t pop off the page as one of the best. It never needed to, though. The Buccaneers are a ‘win now’ team as long as Tom Brady is around. They needed guys that can come in and fill depth positions, especially in the trenches, and that is what they found. Tampa Bay has all the pieces for another playoff run this season.