An Historic Day for the NCAA 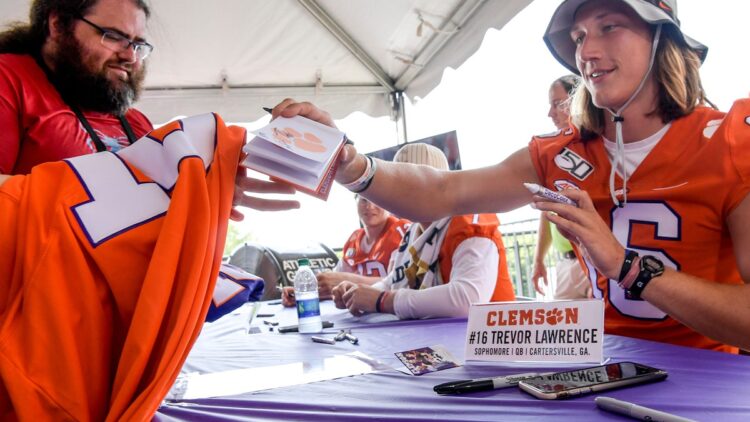 For over a century, collegiate athletes have watched schools rake in millions of dollars off merchandise bearing their faces and names. Meanwhile, the athletes who actually bear those names and likenesses haven’t been allowed to see a dime of that money without risking their eligibility. Why? Well, I think the NCAA themselves have yet to find a good answer to that question.

A movement towards change officially began at midnight on July 1st. The NCAA passed a ruling that athletes in all 50 states would be allowed to (finally) take money for items such as photos and autographs. However, they still won’t be paid for the product they put on display. That money still belongs to the NCAA.

This is a day to be happy for the athletes, but far too many people seem to have fallen into the trap of praising the NCAA for this. The fact is, the NCAA didn’t pass this ruling because they thought it was “the right thing to do”. No, that would be giving to much credit to a penny-pinching organization that has let athletes go hungry through March Madness tournaments in order to maintain their bottom line. The new rules were passed solely because the NCAA was finally backed into a corner. Not to mention the potential for a little more money being tossed their way when NCAA football and basketball video games return to the gaming scene.

The decision comes on the heels of the Supreme Court unanimously ruling against the NCAA in NCAA v Alston on June 21st. This court ruling had little to do with the issue of compensation off of likeness. However, it does mean that schools can offer student-athletes more academic compensation by paying for things such as computers, studying abroad, etc.

While this most recent court case didn’t deal with the issue of likeness, it opened up the possibility of more cases in the future. In fact, the Supreme Court justices seemed to encourage such action to be taken against the NCAA. In his opinion piece following the conclusion of the case, Justice Gorsuch said the court was merely to assess the limited injunction brought forth by a trial judge. In a concurring opinion from Justice Kavanaugh, he stated that many of the other regulations within the NCAA “also raise serious questions under the antitrust laws”.

Essentially, the Supreme Court warned the NCAA that they needed to knock it off and take care of their players. When the Supreme Court comes at you, you listen. The NCAA saw more court cases on the way and passed their new regulations so as to avoid the spotlight and headlines that would come with said cases.

Of course, this may still be too little, too late. There have been numerous cases against the NCAA, especially within the last decade, and more involving compensation of its players are surely on the way. Hopefully today is the beginning of further movements towards the care for student-athletes in the future.