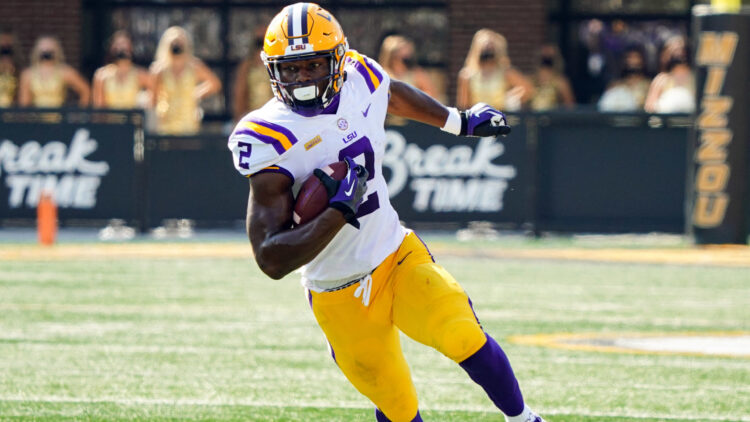 The University of Georgia Bulldogs seem like they might have caught a lucky break after their number one wide receiver, George Pickens tore his ACL in Spring practice in March. Pickens, who has put up two solid seasons in a row, was a candidate for a breakout season and could have been one the nation’s top receivers in 2021.

All hope is not lost in Athens as it was reported that former LSU tight end Arik Gilbert. Gilbert, who briefly committed to Florida when he entered the portal back in January, was the Tigers second leading receiver before he opted out of the Tiger’s last two games of the season.

Gilbert 247 sports that he is going to play wide receiver for the Bulldogs. This is most likely a business decision to not fight with Darnell Washington for reps at tight end. It also means that he will have extra versatility to impress NFL scouts with.

It is not a given that Gilbert will be available in 2021. The SEC requires undergraduate players transferring within the conference to receive a waiver to be able to play immediately for their new team.

However, the conference’s chancellors are expected to vote Thursday on whether to keep this rule or not. With the weirdness that was the year 2020, it could be time for the rule to change. With so many teams reliant on the transfer portal, especially with the extra redshirt being handed out by the NCAA due to COVID-19, it is very possible that Gilbert will be allowed to play in 2021.