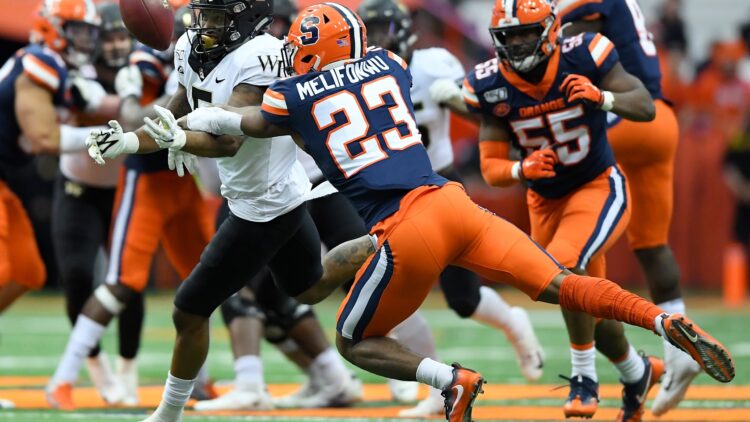 NFL talent runs in the Melifonwu family. Ifeatu’s brother, Obi, was picked by the Raiders in the 2017 Draft and is now a practice squad player for the 49ers. Ifeatu Melifonwu now has a chance to be a very good prospect this year, and he should hear his name called on Day Two of this year’s draft.

The thing that holds him back is what should be one of his biggest strengths: his physicality. He has a lack of focus at times, and he is not a great tackler yet. He is long, but that sometimes is a disadvantage as he relies on his arms to tackle too often. This leads to some untimely misses.

While physicality is a weakness for Melifonwu, he has shown flashes, which is promising moving into the NFL. Specifically against North Carolina during his matchups with Dyami Brown, he showed what his potential is if he can learn how to use press coverage and hard hits to his advantage. Brown ended up with 94 yards in that game, but all of them came when he was on the opposite side of the field from Melifonwu. Brown is projected as a second round pick, so this proves that Melifonwu has the capabilities to be a physical player. He just has to unlock the potential.

Melifonwu could also take reps at safety for whoever drafts him. Again, his speed, length, and ball-hawk ability leaves a lot of room for error in coverage, and this can be exemplified from the safety position. This versatility brings extra value to Melifonwu, making him a great candidate to go in the middle of Day Two.