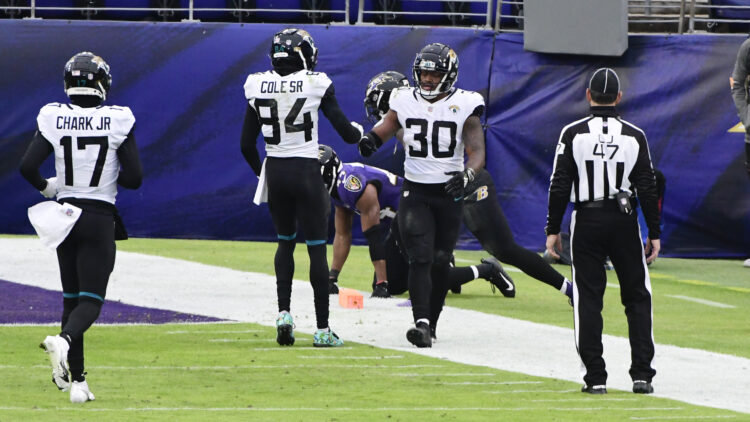 This year’s draft could prove to be a franchise-altering one for the Jacksonville Jaguars. With the newly hired coach Urban Meyer, and the number one pick, all signs point to picking a generational talent in (spoiler alert) Trevor Lawrence. After that, though, this team has an additional four picks in the first three rounds to add talent around their new QB. Per usual, this mock was done using The Draft Network’s system.

This is a no-brainer. Trevor Lawrence is the closest prospect to a sure thing at the QB position since Andrew Luck, and he can potentially change the next 10-15 years for the Jaguars.

The Jaguars have made moves to improve their defense with the signing of Malcolm Brown. They have promising pass rushers in both Josh Allen and Joe Giles-Harris, but adding depth to the position should be a focus. If Jacksonville can get someone like Paye with this pick, they absolutely need to jump on it. Paye still has a lot of room for growth which makes him an exciting prospect, but it also means he may be a little rough around the edges at first.

Terrace Marshall Jr. spent 2019 as the sidekick to Justin Jefferson and Ja’Marr Chase. He answered any questions about whether he could be a top receiver in 2020 with career-highs in receptions and yards over just seven games. The fact that he only played seven games due to a broken foot could cause him to slip a little further in the draft than some are anticipating. If he does manage to make it into the second round, Jacksonville could get a steal. They already have a talented receiver core, especially after adding Marvin Jones, but this move could give them a versatile player that is comfortable on either the outside or in the slot.

Jacksonville should focus one of these first-second round picks on picking up a player to protect Trevor Lawrence’s blind side. I said he is the surest thing since Andrew Luck, but injuries due to taking too many hits led to his unexpected retirement just seven years into his career. The Jags need to make sure that doesn’t happen to Lawrence. They have two very good guards in A.J. Cann and Andrew Norwell, and when healthy, their center Brandon Linder is one of the best in the league. Jacksonville’s tackles are definitely a weakness, and Christensen answered any doubts about his athletic ability last week. He was the anchor to one of the best offensive lines in college football last year, and he showed off his ridiculous athleticism during his Pro Day. He clocked a 4.89u 40 time while also leaping 10’4 in the broad jump.

After solidifying the WR room with the Terrace Marshall pick, the Jags bolster their TE position that was very underwhelming in 2020. Brevin Jordan is one of the best TEs in the draft, and he showed improvement in each year at Miami. He can play in the traditional spot right on-line, or he can spread into the slot as a receiver. He has shown improvement in his blocking, but it is still a work in progress. Where he truly thrives is as a receiver where his hand skills and speed make him a nightmare for both linebackers and defensive backs. If Jacksonville can get both Marshall and Jordan, Lawrence should have no issue getting the ball out.

This mock went about as well as it possibly could have. There were a few surprises, including five CBs going in the first round, which undoubtedly affected Terrace Marshall falling into the second round. That said, it’s not impossible that something similar could happen during the draft. Jacksonville has a ton of quality picks, and they should be able to pick up some immediate talent for Urban Meyer’s crew.