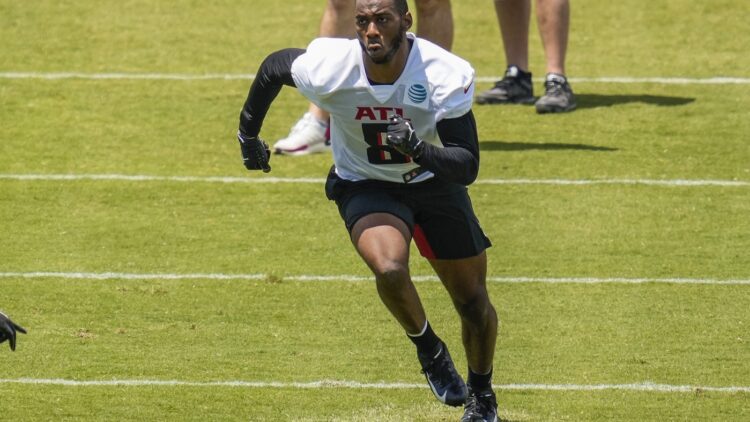 Kyle Pitts was drafted out of Florida with the potential to be the best overall player in the 2021 draft. As a tight end at Florida, he put up ridiculous stats and highlight plays over two years as a starter. In 2020, Pitts averaged over 96 yards per game for a Gator an offense that also had Kadarius Toney and Trevon Grimes at receiver. While Pitts is technically a tight end, it’s pretty much agreed upon that this is his position in name only. He isn’t a great blocker, but his route running, speed, and hands have the makeup of a WR1. Because of all this and the team that drafted him, Pitts has a chance to break Justin Jefferson’s receiving record.

As stated, Pitts has the ability of a WR1. He may also get the chance to be WR1 in Atlanta this year. On Monday during FS1’s Undisputed, Julio Jones was called live on air and asked what his future was in Atlanta. He responded by saying “I’m outta there…I wanna win”. Pitts looks like he’s going to get his shot early on. Of course, Calvin Ridley and Russell Gage are on the roster, but Pitts looks at least equally as talented as either of them.

Even with Ridley and Gage there, there are going to be plenty of targets to go around. Like Jones said, he is leaving Atlanta because he wants to win. The Falcons are going to be behind a lot, so there will be lots of passing offense. In fact, there was already a ton of passing offense last year. Matt Ryan led the NFL in both completions and pass attempts in 2020. In addition, Atlanta has been a top-five passing offense in four of five seasons since 2016.

Atlanta also ranked dead-last in passing defense last year. That means there will be a lot of high-flying games on Atlanta’s schedule. Faster pace means more possessions and more opportunities for Pitts. They also play defenses that struggled against the pass last year. In fact, 9 of their 17 games are against teams that ranked in the bottom half of passing yards allowed.

Overall, Jefferson’s record stands at an even 1400 yards. In order to break that, Pitts will have to average 88 yards per game. It certainly feels possible for a guy that will essentially be WR1 on a pass-first team with a bad defense.