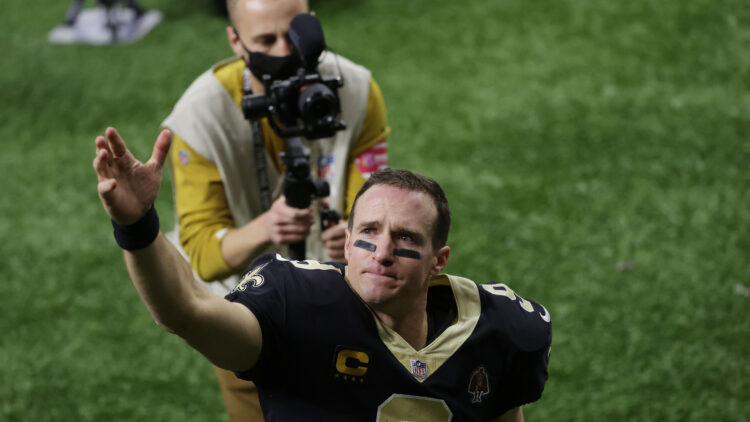 This is a big offseason for the New Orleans Saints. They are officially moving on from Hall of Fame quarterback, Drew Brees. They’ve spent the past few months working their way out of salary cap hell. Along the way, they’ve lost some key players. Emmanuel Sanders went to Buffalo on a very team friendly deal. Trey Hendrickson left for Cincinnati after piling up 13.5 sacks in 2020. Malcolm Brown and Sheldon Rankins are gone after helping create a fearsome run defense in New Orleans. The tight end group is also short-staffed after the departures of Jared Cook and Josh Hill.

Basically, the Saints have quite a few needs. The draft is a place where they can fill some of these needs, especially after receiving two additional third-round compensatory picks. Today, I decided to take over the Saints and run a three-round mock draft on The Draft Network. Here are the results.

With all the quarterback hype this year (five went in the top ten of this particular mock), this is just one example of superior talent at skill positions falling further than it should. Trevon Moerhig is the best safety in this class, and it’s not particularly close. New Orleans did franchise tag Marcus Williams, and they still have a 33-year-old Malcolm Jenkins. However, those two do not look like long-term answers. Moerhig can certainly be that, though. His personality and play style fits perfectly in New Orleans as well. He is a disruptor that has a knack for making plays on the ball. He had seven career interceptions at TCU and isn’t afraid to mix it up with physical play.

As mentioned, the Saints defensive front was decimated during free agency. The only remaining starters from that group are DE Cam Jordan and DT David Onyemata. New Orleans picked up Tanoh Kpassagnon, but it has to be assumed that he is only there for depth purposes. New Orleans needs to target a quality pass rusher in the draft. Joseph Ossai is not a sure thing, but he is pretty good value at number 60. He’s extremely athletic and has a great motor. He doesn’t need to be the primary playmaker for this line, either. Jordan and Onyemata are still great, and Ossai should benefit from the attention that opposing offenses will give those two.

Cornerback is another position of need for New Orleans after the loss of Janoris “Jackrabbit” Jenkins. They have decent depth in Patrick Robinson, Chauncey Gardner-Johnson, and Keith Washington Jr., but they could use another high upside player alongside Marshon Lattimore. Benjamin St-Juste can be just that. He is a massive CB at 6’3, 200 pounds. His Pro Day showed that he still has good speed with a 3.96 shuttle and 4.51 40-yard dash. He is great at the line of scrimmage with physical play, which, again, would fit very well in New Orleans.

The Saints have always been great at finding receiver talent in the middle and late rounds of the draft. Obviously, their WR1 is still Michael Thomas, but when he was out last year, Marquez Callaway and Tre’Quan Smith both stepped up for the team. Not to mention, they still have a budding playmaker in Deonte Harris. This team still needs a consistent slot receiver, though, and Chatarius Atwell can provide that. He’s been clocked at a 4.27 in the 40, and his breakaway speed is exactly the complement that Michael Thomas needs across from his precision route running.

This draft should definitely be focused primarily on rebuilding the Saints’ defense. As long as Alvin Kamara and Michael Thomas are available, the offense should have plenty of production. It certainly could use some depth, which brought about the Atwell pick, but that defense was decimated in free agency. I intended to pick up a pass rusher in round one, but the fact that Moehrig fell was too much to pass up. I could see something similar happening in the actual draft, and New Orleans may take a ‘best player available’ approach in the first round.