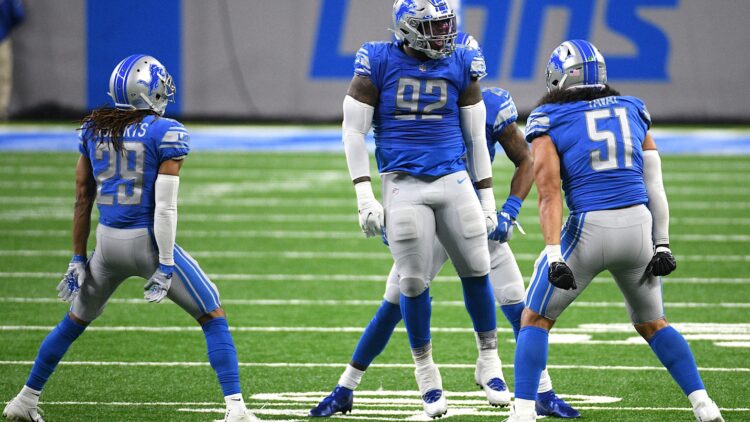 We’ve all heard head coach Dan Campbell’s opening press conference by now. He sent a message with how the young Detroit Lions were going to attack the league. They are going to be gritty and physical. The Lions took this philosophy into the draft as well by taking the top OT prospect and two of the top three DT prospects. This is a brand new direction for the Lions as they have not selected defensive linemen with two of their top three picks since 1992, per ESPN.

Defensive tackle has not been projected as an especially deep position in this draft, but the top guys certainly have talent. The Lions were among the bottom-five in run defense and generated the least pressure percentage in the NFL last season, so their defense front needed to be addressed. It’s a little interesting that they would go defensive tackle with both picks, but in a division with Dalvin Cook, Aaron Jones, and David Montgomery, stopping the run needs to be a priority.

Of course, using one of these Day Two picks on a wide receiver might have been advisable. New quarterback Jared Goff has very few targets to throw to now that Marvin Jones, Kenny Golladay, and Danny Amendola are all out of town. Amon-Ra St. Brown may be a good option down the road, but expecting him to take on a large role in year one seems a bit optimistic. That may end up being the situation, though, with a wide receiver room where Breshad Perriman is the only player to catch for 500 yards in 2020.

That said, their final Day Two pick of Ifeatu Melifonwu may be a steal. Melifonwu played receiver in high school, so he has plenty of ball skills to pair with his size, speed, and athleticism. At 6-2 and 205 pounds, he can cover any receiver in the game. Pairing him with the 2020’s third overall pick, Jeff Okudah, should create a dynamic pairing in the secondary.

This grade is probably a B- or C+ if Penei Sewell did not fall into Detroit’s lap. As mentioned, it’s understandable that the Lions would go with two defensive tackles, but it does not appear to be the best option for a team lacking so many weapons on the offensive side of the ball. Terrace Marshall Jr. and Rondale Moore could’ve been great fits for this team, but they decided to go with the gritty, unflashy option. Jared Goff needs some steady weapons in order to be effective, and Detroit is going to be relying on a lot of questionable talent to provide that. We’ll see how it works out.