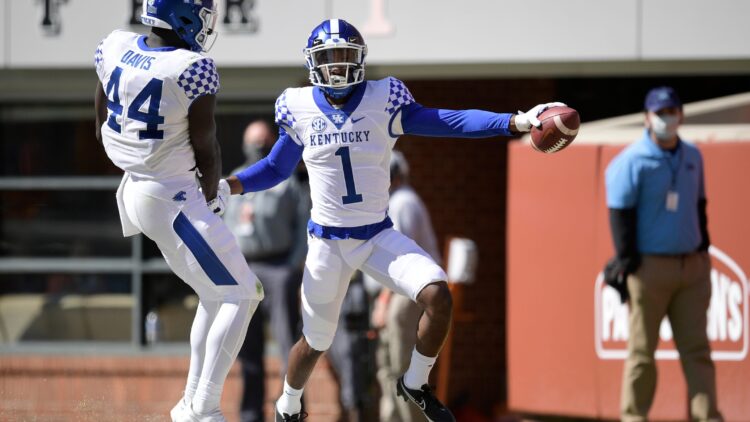 Going into April’s draft, many expected the Broncos to be in the market for a QB, assuming one fell to them. Two of the top five did fall, but Denver opted to strengthen the defensive side of the ball. To this point in camp, Patrick Surtain has been as advertised, including impressive performances in the first joint practice with the Minnesota Vikings.

Surtain thrived in Nick Saban’s defense at Alabama. As a physical CB primarily playing press coverage, he bullied receivers at the line of scrimmage. That physicality has continued, and it showed in his reps against fellow rookie and Vikings draft pick, Ihmir Smith-Marsette. Surtain should thrive for years at the cornerback position.

Jaycee Horn begins his NFL career as a CB in the same division where his father spent years playing receiver. Like his father, Joe, Horn is a long athlete at 6’1 and flashes explosive athleticism in coverage. The Carolina Panthers desperately needed some help in the secondary, and he will certainly provide that.

Horn still needs to continue developing, though. His man coverage skills are great, but he hesitates when thrown into zone schemes. There are also inconsistencies in his tackling. Horn is not a finished project yet, but he could develop into a starting-quality player in this league.

If you’ve paid attention to this series, you might be noticing a pattern at this point. This is now the third defensive player for the Browns to make a list. Cleveland certainly walked away from this draft as winners, and none may prove bigger than Greg Newsome.

Thus far, Newsome has looked like a star in camp. He has taken a ton of first team snaps, and it is hard to find any where he doesn’t look like he belongs. He is in the heat of a battle for the second starting spot opposite Denzel Ward.

Asante Samuel Jr. has been thrown into the fire right away in LA. He’s spent plenty of time covering some of the best receivers in the league, and he’s proven worthy. The 47th overall pick has shown some incredible competitive spirit in training camp, and that has earned him some respect in the organization.

Size is not in Samuel’s favor, but that has not stopped him to this point. He is a very physical player at 5’10 and goes into every snap with a bulldog mentality. Instincts go a long ways in the NFL, and Samuel’s are top tier. He needs to work on his tackling a bit, but everything else about his man coverage is up to NFL code.

Kelvin Joseph is already on track to make a big impact for the Dallas Cowboys. The 44th overall pick is pushing to become CB2 opposite of Trevon Diggs. If he and Micah Parsons can develop into immediate impact players on this young defense, this Cowboys’ season could look much different than last.

Joseph was not a top prospect going into the draft process. He’s got good size and ball skills, but the speed is simply not there for the former Wildcat. The Cowboys certainly saw something in him though, and snagging him in the second round may prove to be a great investment.