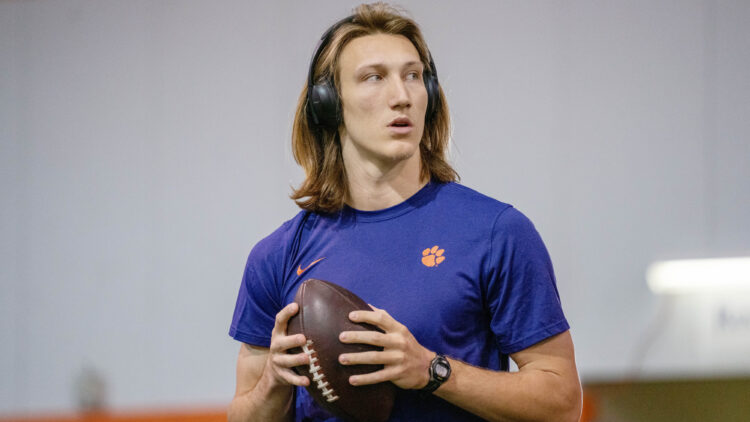 I think one of the biggest shocks of this season would be if Trevor Lawrence didn’t win Rookie of the Year. He has all the talent in the world, and throughout his collegiate career at Clemson, he won at an historically high clip.

As Lawrence begins his NFL career in Jacksonville, he enters a franchise that seems on its way up. The Jags snatched his Clemson teammate, Travis Etienne, to create an RB trio with one of last season’s biggest surprises, James Robinson, and veteran Carlos Hyde.

The rest of the roster isn’t too shabby, either. Marvin Jones got added to a talented receiving group. Walker Little shows promise as a left tackle. The secondary looks to be improved with additions of Shaq Griffin, Tyson Campbell, and Andre Cisco. It would be surprising for Jacksonville to make the playoffs, but they certainly won’t win just one game.

This is where things get interesting. Strictly speaking in terms of 2020, Justin Fields, Trey Lance, and Mac Jones aren’t guaranteed a starting spot to begin the year, and Zach Wilson is nowhere to be seen with an ongoing contract dispute. That said, head coach Matt Nagy seems more open to the idea of Fields starting this year. Fields started training camp with a dominant performance, and Nagy showed his excitement in the presser.

A QB has felt like the Bears’ missing piece for years. Now that they finally have a top QB prospect, Chicago’s window to compete begins immediately. Teven Jenkins will provide protection at left tackle, and the offense has talented pieces. Not to mention, the defense is still one of the best. Fields won’t do as much as Lawrence on the field, but he will have more immediate team success.

Again, this is a situation where Jones enters an organization built for success. Cam Newton will probably be the starter to begin the season, but Jones will likely get a shot. With Bill Belichick and a revamped offense, the Patriots are poised to rejoin the playoffs in 2021.

In 2020, the leading receiver was Jacobi Myers, who started just nine games. This offseason, New England added Nelson Agholor, Jonnu Smith, and Hunter Henry, all of whom had more receiving TDs than anyone on the roster last year. Of course, a talented receiving group may lead to a more effective Cam Newton, but he is not the long term plan. Jones should get an opportunity at some point.

It’s never a good sign when a QB and his team are butting heads before said QB even takes the field. Ultimately, I expect Zach Wilson and the Jets will reach an agreement soon. However, if the relationship is already strained, this may just be the latest edition of the circus that is the New York Jets football experience.

On the other hand, Wilson was the second overall pick for a reason. He’s a very talented player, and the Jets are attempting to build an equally talented team around him. Corey Davis’ signing adds a WR1 to the receivers, with Elijah Moore and Keelan Cole being key depth pieces.

One of the biggest issues with the Sam Darnold era was a lack of protection. New York saw that and made an aggressive move to draft Alijah Vera-Tucker. He was one of the most versatile linemen in this draft, and that should be very valuable moving forward. The Jets are still a long way from being competitive, but they finally are working towards an identity.

I’ll just be honest; I don’t see a path where Trey Lance plays much in 2021. It’s pretty disappointing as I think Lance belongs in the top-three of this class. However, with Jimmy Garoppolo still on the roster, it seems less likely he’s being moved. Kyle Shanahan seems firmly set on Garoppolo being the starter, and he should be. $26 million is way too much for a QB to be a spectator on the sideline.

That said, whenever San Fran moves on from Garoppolo, Lance will be ready. He’s a defense’s nightmare as a dual threat player. Some may be concerned with him playing FCS competition, but he dominated that level. There is no reason to think that with an offensive wizard like Shanahan, he won’t continue that success in the NFL.