UDFA Isaiah Dunn is Showing Out in Jets Practice 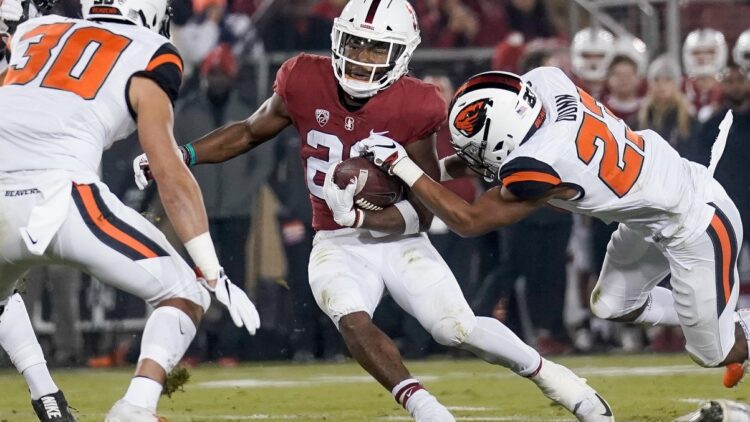 Newly hired head coach Robert Saleh decided he didn’t want to bring in a free agent cornerback on big money. Instead, he’s decided to work on the young players that are already there. The Jets selected five defensive backs in the 2021 draft, so there is plenty of talent to evaluate. This decision also opened up the opportunity for a few UDFAs to be brought in. One such UDFA has made the most of his time with the Jets so far.

The Jets’ coaching staff has reportedly been extremely impressed with Isaiah Dunn’s performance to this point in camp. The former Oregon State cornerback has already been offered $185,000 of guaranteed money; the most any UDFA cornerback has ever received. The money looks well deserved as Dunn has been given reps with the first team squad, even breaking up a touchdown pass in practice snaps.

Obviously, it’s difficult to truly evaluate a defense’s performance in practice. No contact snaps are a lot different than full speed reps on Sundays. That said, Dunn’s performance has New York media buzzing. Both DJ Bien-Aime II of New York Daily News and Brian Costello of The New York Post have dubbed him as a player to watch in training camp. Here is what Bien-Aime wrote of him:

“Keep an eye on Dunn, one of the undrafted free agents Gang Green added to the roster, as the offseason continues to progress as the former Oregon State star made some nice pass breakups throughout the OTAs that have been available to the media.”

At Oregon State, Dunn was a contributor on the Beaver defense for four years. He was comfortable in zone coverage with competent run defense as well. Dunn showed decent speed and lateral athleticism to keep receivers in front of him while having a tendency to get burned by some of the more talented players. He also gave up too many plays underneath his coverage.

What he lacked in athleticism though, he made up for with physical play and passion for the game. More often than not, he looked like a leader for the Beavers. It showed in his desire to improve every year with Oregon State. Here’s a quote from an interview with NFL Draft Diamonds prior to this year’s draft.

“I will gladly stay after for practice and put in the extra time in order to be the best. I bring my “A” game on and off the field. I try to do all the little things the right way. My leadership is also one of my best qualities.”

That’s a player I want in my locker room if I’m an NFL coach. Of course, it’s going to be a bit easier to get practice reps with a starting unit for the Jets. It’s a young team with a new head coach, and a pass defense that ranked among the bottom-five in 2020.

Dunn shouldn’t be viewed as a cornerstone of a defense at this point either. He’s at best a rotational DB in zone coverages. He may even see more reps at safety than at cornerback this year. That said, Dunn’s early performance bodes well for his future, especially if his work ethic remains the same. He is certainly a name to remember as the 2021 season approaches while also being a reminder that young talent can be found even after the draft concludes.