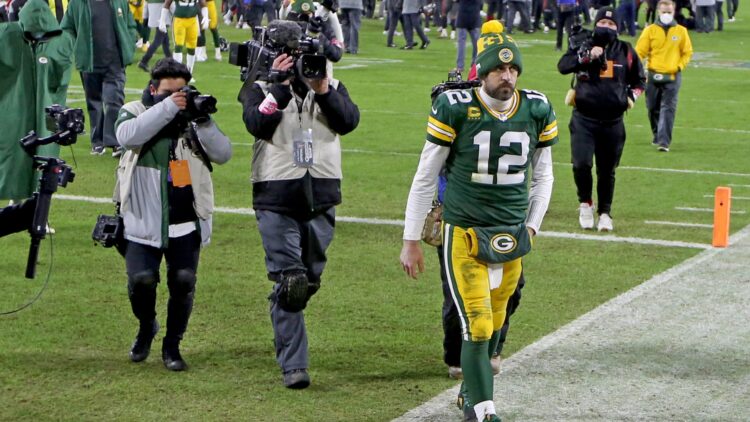 The Green Bay Packers entered the 2021 NFL Draft with drama, and the same may be the case in 2022. Unless you live under a rock, you’ve heard about the ongoing Aaron Rodgers saga. Tensions have quelled for now, but it seems inevitable that trade talks will resurface next offseason. In addition, Davante Adams has shown displeasure with the franchise as well. He has been unwilling to negotiate a new contract, but that may change with Rodgers ready to come back to the team.

Whether Green Bay has their stars in 2022 or not, they have needs on both sides of the ball. They began addressing these needs with their 2021 class, but 2022 needs to be a successful draft process as well.

Corey Linley left Green Bay for a lucrative contract with the Chargers, and David Bakhtiari’s future is still uncertain after his ACL tear last December. Green Bay began addressing their offensive line needs by taking Josh Myers in the second round. However, they may need to take another dip into that prospect pool next spring.

Jarrett Patterson would be a great addition in the middle rounds to do just that. He is going to be tested this year as the only returning starter for Notre Dame’s offensive line. That said, I expect him to be up for the challenge. Patterson showed a proficient ability to pass protect from the center position.

The best trait Patterson brings is his ability to create leverage. While he is on the smaller side for an interior o-lineman, the senior has superb athleticism and a strong base. With the Fighting Irish, Patterson has developed powerful hands and consistently moves defensive linemen backwards. There are expected to be some big names across the o-line in this draft, and should Patterson fall into the end of day two or beginning of day three, Green Bay would be remiss not to take him.

While Jaire Alexander and Adrian Amos are extremely effective players, the lasting image of Green Bay’s secondary is Scotty Miller’s 39-yard touchdown just before halftime of the NFC title game. Admittedly, this unit is above average right now, and depth was just added with the first-round selection of Eric Stokes.

Alexander is a free agent following the 2022 season, and if Rodgers and Adams both hit the road, he may be more inclined to do so as well. Even if they stay, Green Bay probably doesn’t have the money to pay him what he wants. It may be worth snagging another secondary piece early in this draft as well.

If Green Bay wants to go this route, they might want to look down south again in the SEC. Josh Jobe is in for a massive ‘prove it’ season as Patrick Surtain II is no longer Alabama’s CB1. Like Surtain, Jobe was one of the few defensive backs to see the field his freshman year. Now going into his senior season, he is an anchor for one of the nation’s best defenses.

If Jobe proves he can cover WR1s, he could go as high as the first round. He is a physical DB, and at 6’1 and 190 pounds, he bullies receivers off the line of scrimmage. The biggest weakness in his game is his long speed. He is great in short-intermediate pass coverage, but he has a tendency to get burned when covering deep routes. While concerning, this weakness can be covered up in Green Bay if he plays alongside a speedster in Stokes.

Obviously, the need that got left out here is wide receiver. Along with Adams, both Devin Funchess and Marques Valdez-Scantling are set to be free agents next offseason. Amari Rodgers could be a very effective player in the future, but Green Bay should probably address the position again in the upcoming draft. We could see a situation where the Packers first three picks in 2022 are used on the same positions as 2021.